Record Beards You Could Beat if you Wanted. 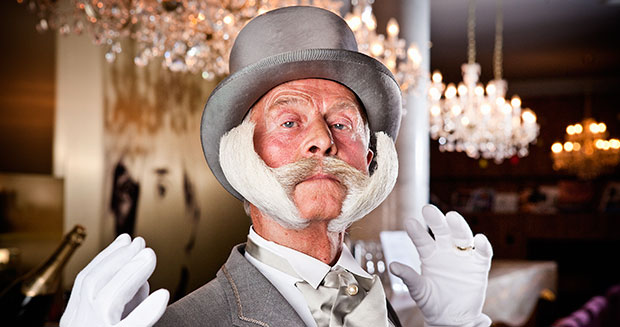 There are many record beards for all kinds of characteristics. For any and all qualities of a beard, there is likely already a standing record beard-that you could beat. Whether you try to grow your facial hair to extreme lengths, or get a group of buddies together for a ‘beard chain,’ the next record holder could be you.

Sarwan Singh of Surrey, British Columbia has the distinction of Living Man With the Longest Beard, according to Guinness World Records. Singh’s beard is over eight feet long, but he has no plans to cut it. He told Guinness
“Without my beard, I’m not me. I’m pretending to be someone I’m not.”

Who knew it was possible to grow a 14-foot-long-mustache? Not us. But,
Ram Singh Chauhan of India did. His mustache was recorded by Guinness World Records at the same time as Sawan Singh’s during the filming of the Italian show “Lo Show dei Record.”

The record is technically called “Biggest Weight Lifted by a Human Beard,” but you get the gist. Antanas Kontrimas, from Lithuania, lifted a woman weighing 140 pounds with his beard. Woah. We can’t even lift that with our arms.

These guys weren’t messing around. The ‘Verband Deutscher Bartclubs e. V’ created a 20 people long chain of beards in Amberg, Germany in 2007. It measured over 62 feet.

Man Bundle is a one stop shop for all your male grooming needs. We aim to deliver the best grooming products to your doorstep monthly. If you are passionate about taking care of your hair (Beards included) Man Bundle will give you the tools you need to have the healthiest and cleanest hair. Join now and feel more confident with our products!