What are Movember and No Shave November? 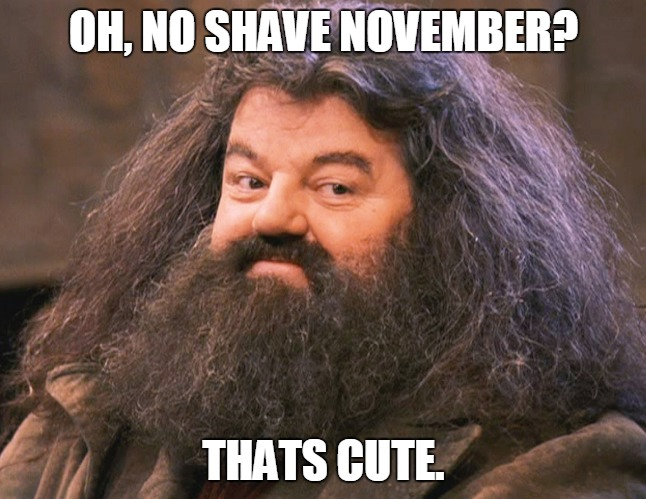 Men growing their beards out in the month of November has become a trend throughout the past decade. I’m sure you have seen family members, friends, and co workers suddenly stop shaving at the beginning of November to grow out their beards or mustaches until December. So what’s behind this trend that has seen the rise of stubble, mustaches and even office contests?

So what are Movember and No Shave November?

No shave November and Movember are not the same thing.

No-Shave November is a month-long journey in which participants forgo shaving and grooming in order to evoke conversation and raise cancer awareness.

Movember is also a month-long journey where participants grow a mustache to bring about awareness of premature deaths among men.

How did No-Shave November come about? No shave November has been a tradition for many years, however the No Shave November foundation started in Chicago after a man, Matthew Hill, passed away from colon cancer. His eight children started this campaign in 2009 in honor of their father. what started as an easy way for a few followers on Facebook to donate their hard-earned money has turned into a nationwide celebration. Every November for the past six years, these No-Shavers have donated the cost of grooming (from a few dollars on razors to $100 on a salon visit) and helped our organization raise over $2 million dollars to date.

How did Movember come about? Movember was started by a group of men in Australia. They were saddened that the mustache had fallen out of fashion trends so they decided to grow out their mustaches. Upon discovering all the discussion their mustaches generated, they decided to turn growing a mustache into something bigger. The founders of Movember decided to bring about aware to health issues faced by men:  prostate cancer, testicular cancer, and mental health, and suicide prevention. The Movember Foundation has since raised $174-million worldwide, after spreading to South Africa, Europe, and North America.

Now you know the minute differences between the two movements. Check out our guide on How to Trim your Beard if your No-Shave November beard is starting to get itchy or irritating.